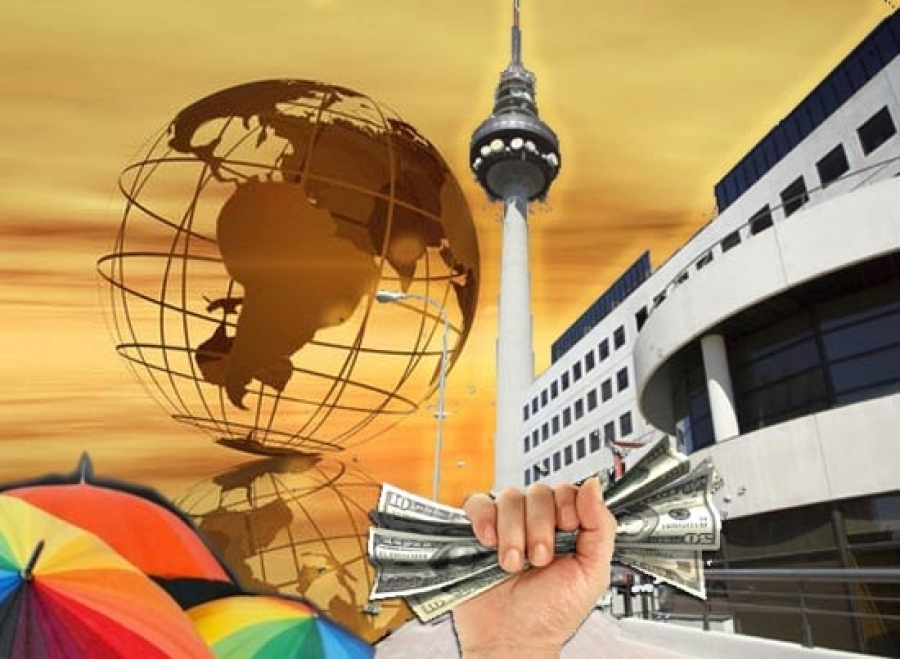 Although the excellent results in terms of audience figures and increasing credibility, the Corporation RTVE is in the beginning of a new serious financial crisis. For 2010 RTVE planned a budget of 1200 millions € (545 millions € should be direct financing from the State administration), after the suppression of ads in all its channels since January 1st 2011.

The assessment for 2010 has given as a result a deficit of 47.1 millions € because RTVE received during last year 63.5 millions € less than planned mainly from the telecom companies (43.1 millions less than expected) and commercial television operators (19.2 millions less). To compensate this deficit the managers of RTVE are proposing the public service to sell its last rights to broadcast important sport events such as the Champions’ League and MotoGP World Prix, which are some of the last remaining big sport competitions in the hands of public national channels.

Commercial televisions have calculated their contribution from the net and not from their gross incomes. The Commission of Telecommunications Market (official) is reviewing and mediating about the contribution due by commercial to public service. The end of RTVE right to broadcast advertisements have benefit the commercial television companies. They increased 4 per cent of their publicity incomes comparing to previous year.

In Spain there is no tradition of any license fee and the telecom taxes are essential to the survival of national television public service. The stand of the UE Commission in the European Court of Justice (Luxembourg) against these telecom taxes is also in contradiction with the Spanish Supreme Court decision on December 31st 2010 that rejected the complaint from Telefónica, Vodafone and Ono (the telecom operators linked by the binding obligation to pay) to block their compulsory payment of 0.9 per cent of their gross incomes to finance RTVE. Our union CCOO has sent this week a new plea to Commissioner Neelly Croes in defense and support of RTVE financing security.

The unions are fighting for keeping the production inside and attacking the multiplication of private companies producing more and more programs (fully or partially) for all national televisions, with the result of increasing deregulation of labour market and rise of expenses for RTVE. For years the number of the “sociedades de producción” are creating a chaotic labour market with redactions rooms and technicians working together, doing a similar work, but with uneven and disparate labour rights.

Conservative new threat to RTVE and the reaction (Teledetodos).

The conservative Popular Party has proposed to limit to only one multiplex (four channels each multiplex) the Corporation RTVE. The goal could be to sell, after their probable victory in the next elections, the public children channel Clan-TVE and the all sports Teledeporte channel of TVE to private operators. The concentration will jump up and related to children’s and sports channel this could end in a situation of almost a monopoly for Telecinco (Berlusconi) that have recently taken over several televisions from PRISA/El País. A specific group of journalists linked to public televisions, associated also to some journalism scholars, professors and trade unionists (including CCOO) have created a platform called Teledetodos (television of all) which launched a campaign to oppose the draft law presented in parliament last December by the PP. A petition is being circulated and signed to block this conservative initiative that try to establish strong limits to the public service. Teledetodos have already organized conferences and public debates.

All regional public channels are operating with large deficits with the result of political interference.

Those high deficits put them in a situation of strong dependency of regional political majorities in regional parliaments, deep drop of neutrality and political balance. The whole frame gives some scandalous cases of misbehaviour and  unbalanced broadcasting in political terms such as Telemadrid (Madrid channel manipulated by a very conservative government) and Canal Nou(in the Mediterranean Valencia, also handled by corrupted conservative politicians). There is an unilateral plan from the management of the Catalan speaking channel TV3 to reduce salaries and other not negotiated budget cuts. CCOO is organizing the refusal of these unilateral measures.

The new broadcasting law (2010) is being implemented slowly in certain aspects.

The State Council for Broadcasting Media has not been still agreed with the result of not always clear regulations and confusion related to publicity percentages, protection of children, advertisements of alcoholic drinks ads, etc. The political parties in parliament are debating how to agree a model of this council which should be new for Spain although it already exists in some regions with not always clear legal capacity.

Concentration and digitalization of the television system, several negative impacts:

-  This concentration and bad financial results of some of PRISA media have produced plans to 2.500 lay-offs and redundancies.

-  Still no collective agreement in part of the television landscape. The main case is La Sexta TV, a commercial national channel.

The PRISA conflict and the unions’ reaction.

The announced redundancies in PRISA have provoked a strong reaction of CCOO and other Spanish unions. Two manifestations took place in Febrary 24th and March 19th. Representatives of PRISA staff and unions have called to strike on 15th and 29th of April.

In general terms, the cuts and negative reforms undertaken by the government of Zapatero, were answered with a general strike all over the country and industrial sectors. A new agreement have been found to block the negative impact on the pensions system, but the pressures from the financial markets, EU, conservative political spectrum and the big companies continue to dramatically reduce certain rights today included in the collective negotiation and collective agreements. Anyway, there are talks going on with the employers and government about it.

Against the negative labour reforms.

CCOO and UGT are launching a petition for half a million signatures to support a Iniciativa Legislativa Popular (citizens’ right to propose a change in a specific law, ILP, acronym in Spanish) to revert the last negative labour reforms.