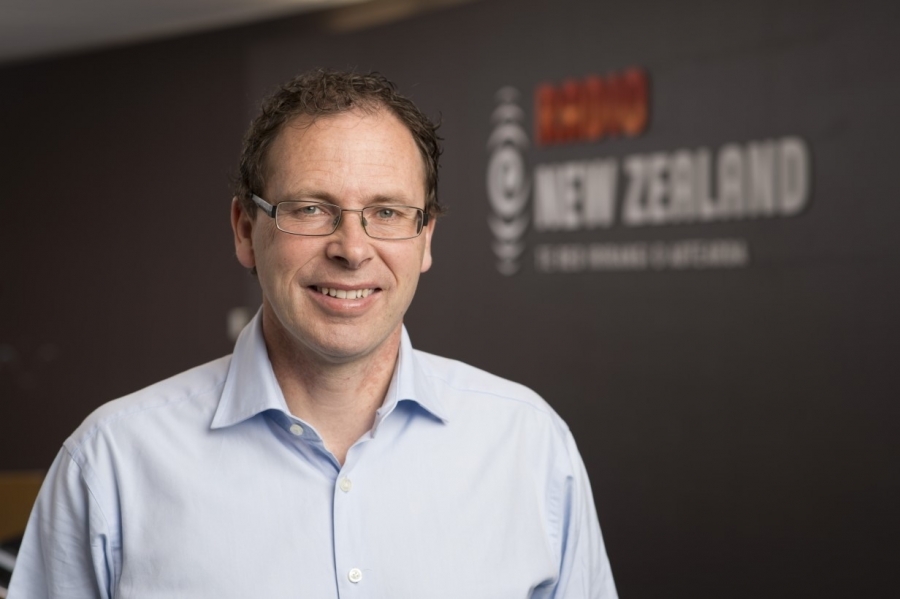 But we have our own concerns, including our vulnerability to shifts in government policy and political favour.

“We have our own concerns, including our vulnerability to shifts in government policy and political favour”

They correctly framed the proposed reduction as a potential weakening of democracy at time of growing inequality and polarisation. The core function of public broadcasting is to help create an informed, connected and engaged electorate by providing news and current affairs uncoloured by political, partisan or commercial influences. It provides people with something different: a flow of verified information that reflects their role as individual citizens, not as consumers or customers.

This squeezing of public broadcasters by unsympathetic governments is happening across the world, in countries as diverse as Hungary, Brazil, the US, Tonga and Turkey.

Again, the stakes are high for all forms of journalism and the role it plays in informed societies.

On one side commercial players are being hollowed out by revenue declines and increased competition for people’s attention.

On the other, public service outlets are having to defend their continued existence, ongoing relevance and call on the public purse at a time of uncertainty and change. We are no longer able to assume that the values that support an open society, a respect for facts and a free media will prevail. They will have to be fought for.

This challenge demands a constructive, confident response from public media that makes a compelling case for our capacity to provide even greater public value in the new media landscape that is developing.

In that spirit, here is a manifesto of sorts – 10 suggestions rather than commandments – that is designed to stimulate that discussion:

• Journalism is a public good. Multiple sources of reliable, independent journalism are as vital to a functioning democracy as clean air and water. How else can citizens equip themselves to exercise their democratic rights? How else can any community find common ground on credible information that they all can rely upon? If independent news outlets are unable to meet this need, others will fill the gaps, including propagandists for commercial, political and foreign interests.

• The sustainability of news outlets is therefore an issue of national sovereignty. We face the risk of becoming “content tenants” in our own lands. The likes of Google, Facebook, Apple, Amazon and Netflix provide valued services but they will never make significant investment in local content or journalism, including local, regional or national news. Governments and policymakers are obliged to develop policies that address these widening gaps or risk losing an essential element of nationhood. Fair taxation of the multinationals’ profits would be a good start.

• In this environment, public service media have a unique responsibility to help their commercial counterparts survive. Gone are the days when publicly-funded media were obliged to compete for market share. Instead, their role should be to create more public value by sharing their content and expertise freely and developing and testing new ideas and approaches that others are able to adopt. There is also a good case for ensuring publicly-funded journalism is readily available under a creative commons licence.

• We need a more informed and vigorous debate. People are trying to stimulate this discussion but too often political agendas are evident, there is too much hand-wringing and there appears to have been little if any impact on the public. There is a paucity of good fresh ideas, testament both to the complexity of the challenge and the fact that everyone is focused on surviving day-to-day. This is probably one for media company executives and politicians to take the lead on.

• It is not just about the usual suspects. The debate cannot be rarefied or focused on the quite small number of people who are deeply interested in politics and national affairs. The real challenge is to broaden the discussion and make it relevant to more people from all walks of life, regions, age groups and ethnicities.

• Underserved audiences must be a priority for public media. More than ever, our priority must be to connect with and reflect the needs and interests of those marginalised groups that are poorly served by commercial outlets.

• The question of trust. People are increasingly jaundiced about all public institutions, including the news media. Journalists and editors should rise to this challenge and look for practical ways to operate more fairly and transparently, to improve accuracy and fairness and, when things do go wrong, to quickly acknowledge and correct errors and re-build trust.

• The case for strong, independent and accountable public media institutions grows stronger. The State has always played a major role in broadcasting and its influence is likely to grow in size and scope in response to these challenges. This should go hand in hand with increased accountability, greater independence from political interests and higher standards of impartiality and fairness.

• Build the future, don’t shore up the past. There will be a temptation to seek solutions by reverting to what worked in the past. Resist it. New thinking and policy must be shaped around what is happening now while also being supple enough to adapt to the disruption that is under way.

• Journalism is exponential. Collaboration between journalists and outlets will become essential to make the most of scarce newsroom resourcing and to amplify of impact of public interest journalism. A story shared is a story grown.

These suggestions are just that – ideas that are designed to stimulate further discussion. The Public Media Alliance will make it a priority to stimulate that debate throughout 2018 on our website, social media and at our conference in Jamaica in August 2018.

Paul Thompson is the president of the Public Media Alliance and is the chief executive and editor in chief of RNZ, New Zealand’s public service broadcaster.