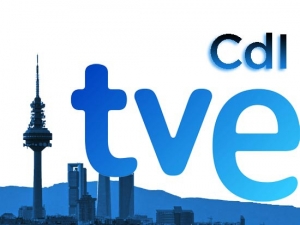 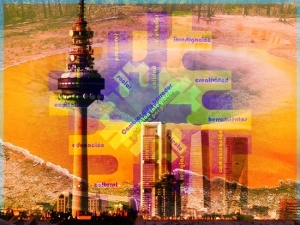 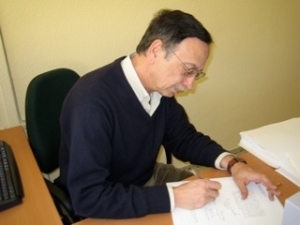 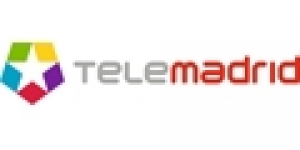 Government has set out reforms to the BBC to make sure it remains a valued public broadcaster for years to come.

The BBC is governed by a Royal Charter, with the current Charter due to expire at the end of 2016. Following an open and transparent consultation, the Government has now set out its plans for reform in “A BBC for the future: a broadcaster of distinction” ahead of publishing a new Charter.

The Government has set out a new framework for the BBC that:

allows it to focus on high quality, distinctive content which informs, educates and entertains while also serving all audiences;
enhances its independence whilst also making it much more effective and accountable in its governance and regulation;
makes support for the UK’s creative industries central to the BBC’s operations – while at the same time minimising any undue negative market impacts;
increases the BBC’s efficiency and transparency; and
supports the BBC with a modern, sustainable and fairer system of funding.
Secretary of State for Culture, Media and Sport, John Whittingdale MP, said:

The proposals that we are publishing are the result of one of the largest and most open consultations ever conducted. We have taken on board extensive views and evidence from those who watch and listen to the BBC - those who love it, those who can be frustrated by it and those who feel underserved by it.

These reforms will embolden the BBC to take risks, to create confidently and unashamedly the highest quality, distinctive content for all audiences. It will provide the foundations for a stronger, more independent, more distinctive BBC that will inform, educate and entertain for many years to come.

The proposals take into account views from more than 190,000 people who contributed to the Government consultation, an independent review of the governance and regulation of the BBC led by Sir David Clementi, a public opinion study considering in particular the views of underrepresented groups, and a review of the BBC’s market impact. In total, more than 300 organisations and experts have engaged in the Charter Review process.

The key reforms announced include:

A new mission statement for the BBC.
This will empower the to make even more great programmes for audiences to enjoy, and with a focus on more distinctive output that informs, educates and entertains.

Overhaul of how the BBC is governed and regulated.
A new, strong unitary board for the BBC will be established, consisting of between 12-14 members. In contrast to the previous BBC Governors and the current BBC Trust, where appointments were made under the public appointments system, the BBC will be responsible for appointing at least half of the board members. Ofcom will become the external independent regulator of the BBC following recommendations by the independent review from Sir David Clementi.

Ofcom is the widely respected and experienced media and telecommunications regulator. Given fundamental changes to governance and regulation, there will need to be a smooth transition and therefore the current Chair of the BBC Trust will continue as Chair of the BBC through to the end of their current term.

An 11-year Charter to separate future Charter Reviews from the political cycle, but also provide long-term stability and independence for the BBC.
This will be the third longest Charter in history. Given the changes planned and the fast-paced media environment, there will be a ‘health check’ at mid-term of the Charter period to make sure things are working as they are supposed to.

Increase the licence fee level in line with inflation for five years from 2017/18 so that the BBC can continue to provide high quality, distinctive content for all audiences.
This means the BBC will remain one of the best-funded public service broadcasters in the world. The licence fee will also be modernised to require all those who consume BBC on-demand content (e.g. on BBC iPlayer) to pay the licence fee and the BBC will introduce more flexible payment plans for paying the licence fee. The Charter will also empower the BBC to pilot some elements of subscription in addition to their current services.

Further strengthening the BBC’s editorial independence with specific clauses in the new Royal Charter.
This will enshrine the BBC’s independence as a whole, as well as specific protections for the BBC’s Editor in Chief, the Director-General. Government will also protect the BBC’s impartiality by making it clear in the organisation’s overall mission for the first time. This will make sure the BBC remains the most trusted provider of high quality news for audiences in the UK and abroad.

Open the BBC’s programme-making to greater competition by removing the in-house guarantee for all television content spend except news and news-related current affairs.
This will provide hundreds of millions of pounds of new opportunities for the independent sector, help drive efficiency savings and provide new creative opportunities for the BBC.

Establish a new contestable public service content fund of up to £60m to create new opportunities for others to provide the best public service broadcasting content in the UK.
This could include programmes for black and asian minority ethnic audiences, and children’s TV which has seen investment reduce by a fifth since 2009.

Enhance the efficiency of the BBC and make it more transparent.
The new BBC Board will be required to investigate issues relating to excessive management layers and overall staffing levels, which could deliver significant further efficiency savings. The BBC will have to set out more information to help licence fee payers understand how the broadcaster spends its budget between different types of programming, and details of pay and benefits to talent paid over £450,000. The National Audit Office (NAO) will become the BBC’s financial auditor and scrutinise BBC spending and value for money given the £3.7 billion of public money that it spends.

Ensure that the BBC serves all nations and regions in the UK.
This will be through a clear focus on the BBC’s obligations set out in a new ‘operating licence’, clear board-level responsibilities, and a continued commitment to the out-of-London production targets.

Enshrine a commitment to diversity in the Charter.
This is part of a new overall commitment to ensuring the BBC serves all audiences. Government believes the BBC should be at the forefront of representing diversity both on and off screen.

Make sure the BBC supports and invigorates local news provision across the UK.
This will be through the delivery of proposals to work in partnership with the local news industry to support local democracy, including an additional 150 local news journalists.

Protect the BBC World Service, which is one of the BBC’s most distinctive services and hugely valued by audiences across the globe.
Reaching more than 246 million people worldwide, it is a vital part of the UK’s ability to lead the world in terms of soft power and influence. The Government will therefore make sure that the BBC protects licence fee funding for the World Service at its current level of £254 million a year, plus a total of £289 million additional funding until 2020 to help promote Britain and our values around the world.