Adhesion to the Declaration for the independence and democratization of RTVE 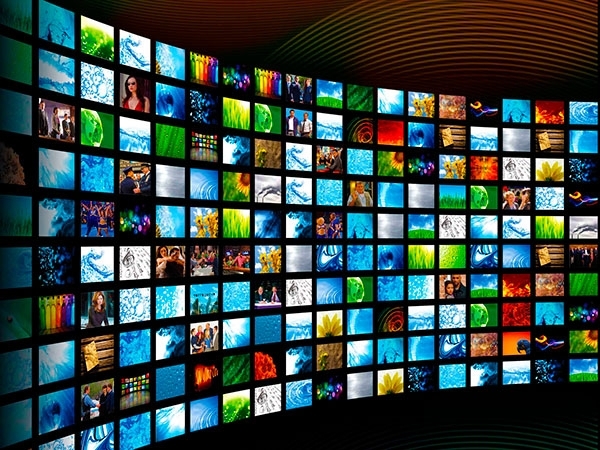 Without pluralistic, independent public service broadcasting in which truthful information prevails, democracy is emptied of meaning, as the Spanish Constitutional Court has recognized (Sentence 6/1981). This is after all the mission of public service broadcasting. However, different international bodies, such as the Council of Europe (2013) and the International Press Institute (2015), have condemned the constant encroachment of the political powers on RTVE, all which has affected its audience ratings and credibility.

This extreme dependence has been caused by the fact that in 2012 the government currently in power amended the law by virtue of which the Director-General of RTVE was elected by an absolute majority. Aware of the dire situation to which this has led, in the wake of the 2016 general elections the Spanish parliamentary groups agreed to enact a new law (Act 5/2017, of 29 September), a piece of legislation whose aim is to ensure that partisan dynamics do not prevent the corporation from complying with its constitutional mission: the transparent and guarantee-based election of the Director-General and Executive Committee of the corporation on a competitive basis.

However, the People’s Party (PP) and the Spanish Socialists Workers’ Party (PSOE) have been dragging their feet in an attempt to prevent the new law from being enforced as regards the election process. For this reason, a large number of social collectives, professionals, and scholars are seconding a petition calling for the law to be enforced thus allowing reputable independent professionals to be appointed in the interest of the good governance of RTVE.

The aim of this petition is to ask scholars and professionals both in Spain and abroad to express their support for the manifest below in order to enforce the law and ensure non-partisan public service broadcasting in Spain.

Adhering to this statement is open to anyone who wants to join this initiative. Below you have a form to sign the adhesion to this declaration.

Text of the declaration

In light of the lack of enforcement of Act 5/2017, of 29 September, on state-owned radio and television, to restore the independence of the RTVE Corporation and pluralism in the parliamentary election of its members, the social collectives, professionals, and unionists signing this declaration declare:

Public service broadcasting is essential to democracy. At the moment, the loss of credibility and production capacity of state-owned radio and television calls for immediate measures to reverse this trend.

Act 5/2017, passed by consensus last year in September, enforces the transparent and democratic election of the Director-General and Executive Committee of RTVE. (1)

If the law had been enforced, the RTVE Corporation would now have the necessary legal instruments to ensure a transparent and democratic change in its management.

The parliamentary groups should respect the laws passed in Parliament (2) and immediately enact legislation (regulations) that enables the election of the senior management of RTVE on a competitive basis, i.e. a process independent from the Government and partisan interests.

The procedure envisaged by virtue of Act 5/2017 enables social participation and the most qualified candidates to compete freely for a seat on the Executive Committee of RTVE.

In view of the foregoing, we declare that:

Complying with the legal imperative, the process of electing the Director-General and Executive Committee of RTVE should be set in motion immediately.

We believe that there no legal impediment to this being done with utmost urgency and that any delay in doing so will only postpone the democratic renewal of RTVE.

We ask that the necessary legislation (regulations) be immediately passed to enforce fully Act 5/2017, as a first step in the process of electing the Director-General and Executive Committee of RTVE.

(1) Act 5/2017, of 29 September, amending Act 17/2006, of 5 June, on state-owned radio and television, to restore the independence of the RTVE Corporation and pluralism in the parliamentary election of its members. “Second transitional provision. 1. Within three months of this act entering into force, Parliament shall pass legislation that permits the election of the members of the Executive Committee and the Director-General of the Corporation RTVE on a competitive basis, with the participation of a committee of experts named by the parliamentary groups. This committee will publish its assessment reports which will then be submitted to the commission responsible for interviewing the candidates.”

(2) Report drafted by the parliamentary counsel: report pertaining to the regulatory development of Act 5/2017, of 5 September, amending Act 17/2006, of 5 June, on state-owned radio and television, to restore the independence of the RTVE Corporation and pluralism in the parliamentary election of its members: “[...] In short, it can be concluded that failure to meet the three-month deadline established by Act 5/2017, a transitional regime having been foreseen, as is the case, it cannot have any other effect than to maintain the functioning of the regime “pending the passing of the corresponding legislation”. In conclusion, the said legislation could be enacted at any time after the established deadline and, when this occurs, for reasons of legal certainty, the transitional regime will become effective.”

See signatures of the declaration

Adhering to this statement is open to anyone who wishes to join this initiative.

Fill in the form with your (1) name, professional position and company or institutional affiliation in the first box and (2) e-mail address in the second. Please, do not forget to send it by clicking the blue button "Enviar"