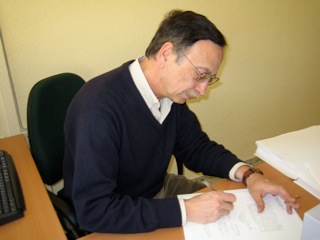 This report has been prepared at the request of the Council of Europe's Group of Specialists on Public Service Media in the Informa­tion Society (MC­S­PSM). The terms of reference specify assessment of "the role of public service media [PSM] in promoting wider individ­ual participation in democratic processes in contemporary Europe", as articulated in Recommendation CM/Rec (2007) 3 on the remit of public service media in the informa­tion society, adopted by the Com­mittee of Ministers of the Council of Europe in January 2007. The Coun­cil of Europe demonstrates leader­ship in policy development that is pertinent for public service media in Europe, with emphasis on the dem­ocratic, social and cultural needs of European societies, as well as the need to preserve media pluralism, as agreed in the 1997 Protocol on Public Service Broadcasting annexed to the Treaty of Amsterdam.

The terms of reference of the Group of Specialists on public service media in the information society  (MC-S-PSM) include the task of preparing a compendium of best practices on how public service media promote a wider democratic participation of individuals, inter alia with the help of new interactive technologies.

According to different sources –including surveys, analyses and reports prepared by public specialised bodies, academic institutions and independent experts– public service media (PSM) face today a number of challenges related to technological developments and transition to the digital environment, to changes in audience’s needs/behaviour, to political/economical pressures, to competition with commercial media, etc.

The aim of this report is to provide a brief overview of how different European public service broadcasters (PSBs) have engaged in online activities. This report will focus on highlighting the similarities and differences of the online services provided and how political and economic considerations have shaped their development.
The study is limited to 46 PSBs from the European Union (EU) as well as the
European Economic Area (EEA).
A combination of sources were used for this study: interviews with various European researchers; a survey to select public service media (PSM); analysis of documents, such as legislation, reports and annual reports of PSBs; and academic articles.
Information on the online services was gathered between August and September 2013, and thus some services might have been added, changed or retracted since then.
The report could not have been completed without the help and feedback of numerous researchers and policy experts. Our gratitude is expressed towards the representatives of the PSBs that partook in the survey: